Every day Stephanie wakes up, looks into the mirror and sighs with content as she looks at her cheerleader’s body.

The chirpy, 23-year-old young girl who was once the laughing stock of her friends because she weighed 240 pounds. With hazel brown hair, pinkish white skin and blue eyes, she was a very beautiful girl, but she felt her weight always held her back.

“I literally spent my childhood and growing-up-years in various fast food joints,” Stephanie said. “Sometimes I used to eat at home too, but that was my favorite, pizza with extra cheese from the nearby pizza joint.”

Stephanie, an only child, grew up pampered by her parents. They almost always ate out, rather than cooking at home.

Whenever a classmate brought lunch, Stephanie used to tease the person, but inside she cringed because her mom never packed a healthy lunch for her.

“I am amazed that I did not cross 500 pounds on the scale as I used to eat fries and chocolates like a glutton,” Stephanie said. “I was never satisfied with just three bars of chocolate.”

Stephanie got to a point where her level of discomfort in her own skin reached a point where she knew she had to do something. She began looking online for healthy diets, and eventually came across an image of tasty-looking turkey sausages and fruit pancakes with “Low-fat Diet Meal from Diet-to-Go” underneath.

Stephanie realized that eating healthy didn’t mean she’d have to give up the foods she loved, and from that day onward decided to make a change.

“I don’t know whether I really felt that I should try to lose weight or it was the temptation to eat the delicious Diet-to-Go meal that made me urge my mom to enroll me for it. But something had clicked,” Stephanie said.

At first, Stephanie’s mom was a bit resistant because she didn’t believe in dieting. But ultimately, she was confident her daughter was making a good choice by trying to eat healthy.

That was the day Stephanie began her stunning transformation from a 240-pound-girl into a young woman weighing 130 pounds.

Stephanie found it easy to stick to the Diet-to-Go meal plans because there was so much variety in the menus. She instantly liked the Balance Menu because it offered some of her favorite foods: chicken and desserts, for example. The meals were tasty and even when there was a meal she didn’t like, she was able to substitute for options that were more to her preference.

Stephanie started out on the 1,600-calorie-per-day meal plan because she wasn’t used to small portion sizes. She said it was very convenient that all the meals were delivered perfectly packed on dry ice in a styrofoam cooler right to her doorstep. Plus, the plan was easy to follow and never inconvenienced her routine.

“I looked forward [to] a completely different delicacy in each Diet-to-Go meal,” Stephanie said. “I had my Diet-to-Go meals at lunch break in school too. After one month on Diet-to-Go meals, I realized that I was no longer tempted to have fries from the food court.”

Stephanie said that change was a big one for her, one she attributed to the deliciously prepared Diet-to-Go meals, which were very filling despite being calorie-restricted.

Two months in, Stephanie felt like she was smaller even though no one had noticed.

“My jeans felt a bit more comfortable and I stopped getting stretch marks on my stomach due to the tightness of my clothes,” Stephanie said. “I felt [like] something was happening.”

In month three, Stephanie decided to start weighing herself to track her weight loss. Each week, she lost about 1.5 pounds. Five months in, she’d lost another 16 pounds.

With so much weight lost, Stephanie decided to reward herself by going shopping for a new, better-fitting dress. She had already went down one size.

Stephanie’s best friend was the first to notice her weight loss.

“I couldn’t believe that food from Diet-to-Go had already made me slimmer by 32 pounds. I became even more enthusiastic about Diet-to-Go meals,” Stephanie said.

Stephanie decided to change menus — something she did easily using Diet-to-Go’s online portal myDiettogo — and opt for low-carb in hopes she would lose weight even faster.

“It was the best thing that I did for myself,” Stephanie said.

From then on, Stephanie shed 2-3 pounds a week by alternating between Diet-to-Go’s Balance and Carb30 menus. Two months later, she bought another new dress. Everyone began noticing the change — her mom, her dad, her school friends, even her teachers commented on how slim she started looking. Even classmates who had made fun of her stopped, something that was a huge relief for Stephanie.

Two years later, Stephanie lost a total of 120 pounds and glows. She lost half her body weight just by eating Diet-to-Go meals and with zero exercise.

Stephanie plans to continue eating right by sticking with Diet-to-Go. These days, she picks up her meals fresh from a nearby pickup facility.

“I’ll stick with Diet-to-Go for life because I think it is affordable,” Stephanie said. “My Dad has also started taking Diet-to-Go meals now as he suffers from high blood cholesterol issue. The food is so light. The best part is that you don’t have to count calories. The food makes you health conscious if you are not.

Heather Paige is a mother of two, and outdoor enthusiast and a fitness junkie. She holds a degree in Nutrition Science focusing on Food Science and Community Nutrition. She has competed in marathons, triathlons and various long-distance relay events. She has hiked portions of the Appalachian Trail as well as numerous 14er's in the Colorado Rockies. For more information on Heather please visit: About Us 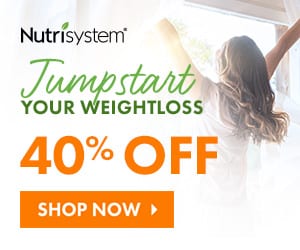 Copyright ©2021 www.dietfooddeliveryservice.com, All Rights Reserved. The Best Weight Loss Meal Delivery Programs for 2021. Read our reviews of Healthy Delivery Services for weight loss: Nutrisystem, South Beach Diet, Factor 75. No content on this site may be copied or reproduced without the express written consent of the administrator of www.dietfooddeliveryservice.com.